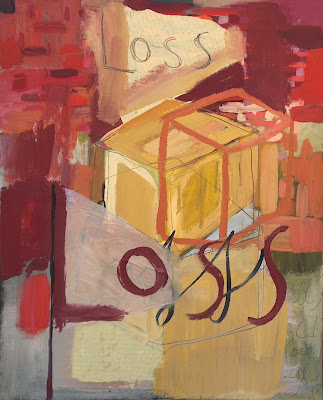 ~:S T A T I O N S • O F • T H E • C R O S S :~
During Lent every year, we Catholic Lights prepare for Easter by picking a Station Of The Cross to paint/sculpt/Design, etc. This year I chose Station 4: Jesus Meets his Afflicted Mother. I chose this one for obvious reasons - the loss of my first pregnancy vs. the fear of losing Anton. I've got a better understanding now of this kind of loss and I think it's interesting that we gather each year to remember how much the stations hurt. 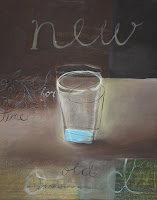 I've decided to post other stations I've done in the past in the order I've done them. The first was done in 1997, shortly after Tommy died: Station 9: Jesus Falls For The Third Time. I was in despair. Grieving and letting it hurt. Nothing could touch my anger. A black cloud of grief followed me wherever I went. I cried in my car every day. I was that glass, full only a third, running on empty. 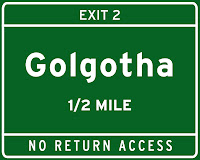 Then I chose Station 2: Jesus take Up The Cross. He's on his way to Golgotha, the site of the execution - walking outside the gates of Jerusalem on a well-traveled path. A path whose end is highly visible and makes a great advertisement for the power of the law. This exit has no return access. 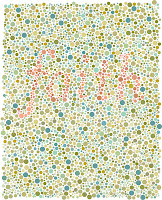 A year later I tackled Station 14: Thomas Touches Christ's Wounds. He's got to because he doesn't believe his eyes. Christ has resurrected. Thomas has failed the test of faith, lacking the vision to trust that things work out. 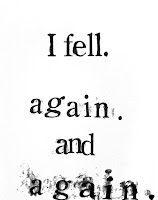 Lastly I returned to Station 9: Jesus Falls For The Third Time. A typographic treatment this time. We all know how relentless life's lessons and pitfalls can be. We keep falling and falling and falling and picking ourselves up again. It's life's job to keep challenging us. It's OK to fall.

Many years ago, I asked god while sitting in traffic, "Who are you?" His answer back to me was, "I'm just like YOU." This makes so much sense to me. We can't identify with anything until we compare it to ourselves. We want everything to be a mirror - and in many ways, things really are. The stations retell a story that brings us closer to god. Christ's presence does that very thing - makes god real to us. Makes god one of us.
Posted by Anne Elser at 3/12/2007 08:36:00 AM

Email ThisBlogThis!Share to TwitterShare to FacebookShare to Pinterest
Labels: abstract, contemporary, posters, stations of the cross

I got the movies, thanks for remembering! "I fell" is spectacular! Oh, and if we ever need any calligraphy at MasonBaronet, we'll call you.

I love the Station 2 piece.

Where is the first one you did of Dad in his running shirt with o.j. and striped glasses. Do you not have a photo of it?
Want me to take one while I am in Chicago?